A House Without Windows

you admire the strength and courage people draw upon to overcome the hardships of life.

you feel too overwhelmed when reading about confronting themes, like crime, imprisonment and injustice.

quite metaphorical throughout, with symbolic imagery and riddles to make philosophical points about subjects like women’s roles, family and the law.

it grips the reader’s attention, temporarily causing them to forget the problems in their own life. Hashimi’s characters face enormously difficult challenges in relation to Afghan law and society, such that as readers we become absorbed in their plight and curious about what happens next. Whilst confronting to read, A House Without Windows can inspire resilience within us. As the characters inch their way out of the piercing crises they become embroiled in, it may enhance our belief that we can also bounce back after life’s many curveballs.

... it could be women who have faced challenges amidst the legal system, but more generally, anyone who has faced any kind of difficulty in their life, and believes in justice.

Zeba, a seemingly ordinary Afghan housewife, has a dark imagination and poetic tendencies. Hashimi gives us a striking glimpse of her main character’s thoughts, before presenting her in a bloodstained scene beside her husband’s brutally murdered body. Naturally, a vengeful mob treats Zeba as the prime suspect who should be sentenced to death. When Zeba refuses to explain what happened, her village’s Chief of Police sends her to women’s prison Chil Mahtab – a house without windows.

Zeba shares a cell with Nafisa, who has been imprisoned to protect her from an honour killing; Latifa, who considers jail as a safe haven; and Mezghan, pregnant and unmarried, jailed for a ‘love crime’. Though Zeba is reluctant to consider herself as one of them, and they are wary of Zeba’s apparent status as a murderess, their relationship develops gradually out of boredom, curiosity and surprising revelations. Meanwhile, Zeba’s single mother, Gulnaz, a renowned sorceress, tries her own methods of helping Zeba’s case, for which she needs to regain Zeba’s trust and empathy. Zeba’s eldest son, Basir, tries to make sense of the incident involving his parents, unsure of whom to believe. Yusuf, Zeba’s Afghan-born, American-raised lawyer, enters this uncertain world in the hope of bringing some justice to his homeland. Can he see Zeba for who she really is, and defend her towards her rightful fate?

In this intense novel, Hashimi’s complex characters keep intriguing and surprising us at each turn. We are caught up in their mysterious, unstable world, trying to determine how each character should be perceived whilst hoping that justice will ultimately reign.

'"And women?” she asked thoughtfully. “What is the world to us?” ...
"Do you not know, my daughter? Our world is the spaces between the rocks and meat. We see the face that should but doesn’t smile, the sliver of sun between dead branches. Time passes differently through a woman’s body. We are haunted by all the hours of yesterday and teased by a few moments of tomorrow. That is how we live – torn between what has already happened and what is yet to come.”’ Page 138

‘”Zeba-jan, there’s a special kind of hurt in learning that your parents are not the angels or saviours you wish them to be. I know it well.”’ Page 142

‘He couldn’t possibly see, Gulnaz thought. Every family was a mystery to outsiders. There was no way to understand a father and his children or a husband and wife by sitting with them and asking a few questions.’ Page 166

‘”Our minds are wild beasts. We tame them with fear of God or punishment, but sometimes they refuse to cower. That’s when things turn ugly.”
Zeba understood her mother precisely. In the last few months she shared with her husband, she’d begun to feel exceptionally ugly.’ Page 195

‘No spell would change the fact that a woman’s worth was measured, with scientific diligence, in blood. A woman was only as good as the drops that fell on her wedding night, the ounces she bled with the turns of the moon, and the small river she shed giving her husband children.’ Page 201 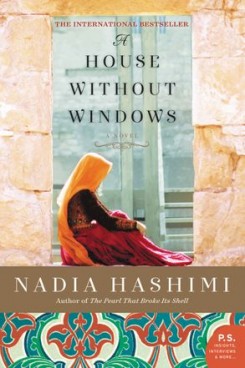